Australia’s vaccination targets are high for a reason

Spain is teaching a valuable lesson about not opening up too early.

The federal government released the Doherty Institute modeling on Tuesday. Doherty’s modeling indicates that until Australia achieves high immunization coverage, any coronavirus outbreak is likely to have “rapid and uncontrolled growth, with significant morbidity and mortality and requiring regular and prolonged blockages. “.

Vaccinating up to 60% of the adult population is not enough to suppress “rapid epidemic growth and a high number of cases”. Reaching 70% or 80%, we will see “a more substantial reduction in transmission”.

Basically, that’s what epidemiologists around the world have been saying for some time now. The key to our “freedoms” and our return to “normal COVID” depends on the successful deployment of the vaccination program and depends on certain magic numbers achieved.

Here’s a reminder, as set out by the Prime Minister after a National Cabinet meeting on the subject late last week:

All locks, except the most targeted, will end, and the country will begin to reopen its international borders once 80% of eligible Australians are fully immunized.
Once 80% of the eligible population is fully vaccinated, COVID-19 will begin to be treated more like the seasonal flu, and a travel “bubble” would be spread to other vaccinated countries.

Phase B, the “transition phase”, will begin when the adult population has reached 70% of people fully immunized, and a state wishing to take the next step would have also achieved this goal. International arrivals will still be restricted in phase B, and the arrivals ceilings will remain.

The final phase, where life returns to “normal”, has not yet received a vaccine target.

At our current rate of 1,221,052 doses per week, Australia can expect to reach the 40 million administered doses needed to fully immunize the adult Australian population by early January 2022.

These high percentages of the fully immunized population were approved by the National Cabinet and essentially reinforced by the findings of the Doherty Institute. However, many commentators (and members of the Morrison government himself) believe that a full “opening” and an immediate end to the lockdowns is needed.

There is, however, more than enough data to snap these positions – and anyone currently living in Greater Sydney would likely have a thing or two to say about it, too.

At first glance, this is a prime example of effective public health administration. However, hospitals in Catalonia are now seeing double the number of COVID-19 patients than they did at the end of June (nearly 1,000), while some centers are reopening spaces for intensive care units (ICUs) that were previously closed.

All thanks to the Delta variant and its apparent ability to hold on to the young and the unvaccinated with ruthless effectiveness.

The larger problem being that the Spanish authorities opened up the regions too quickly to normal trade and activity and have now had to cancel many orders. As reported by AP, “the regional authorities of Catalonia were waiting for a judge to approve the reinstatement of a nighttime curfew in towns with more than 5,000 inhabitants which exceed the rate of 400 infections per 100,000 inhabitants out of 14. days. The curfew is intended to discourage social gatherings where the virus is spreading.

“Catalan authorities have said they are canceling days off for health workers this weekend, as the number of intensive care beds occupied by COVID-19 patients is expected to exceed 300, up from 237 on Wednesday. “

The Spanish example is just one small example among many from around the world. With nearly 60% of the population considered to be fully vaccinated, hospitals are overwhelmed; infections increase; deaths are the tragic by-product. We would be in a good position to avoid similar results. 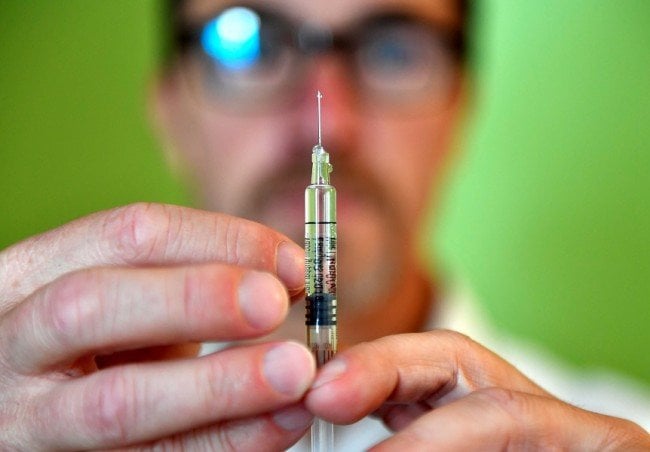 To Digby Jones, if you browse The ...

Mediterranean forest fires are burning out of ...