The recent news that a local fish importer managed to sell shark meat as swordfish may have torn a few stomachs and temporarily removed swordfish from the menu for some, but that story is only the tip of the iceberg when it comes to the hidden and senseless commercial exploitation of shark species, which regularly occurs locally.

For the most part, fishmongers don’t have to disguise the shark as a swordfish, which would be consumer fraud, but rather cleverly market it as “boneless fish” and not to mention it’s of a shark, which, strictly speaking, is legal. .

The Maltese nomenclature for most shark species also doesn’t help since, unlike English, where most sharks have included the word “shark” in the name (blue shark, bluntnose six-gilled shark), the Maltese counterparts generally do not include the general term for shark, kelb il-baħar, as part of the name. Therefore, the blue shark would be ħuta kaħla while the six-gilled shark would be murruna, names that, at first glance, seem nothing more than another type of fish for the layman customer. 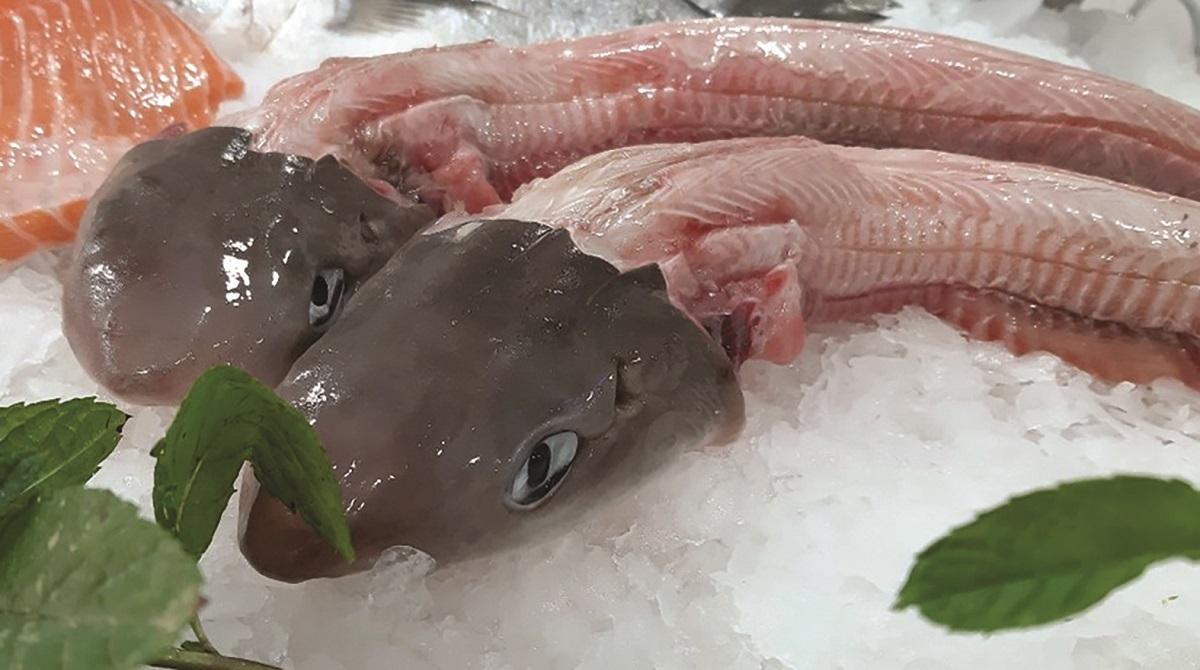 Mazzola flayed at a local fishmonger. Very popular among the Maltese, many are unaware that they are in fact small sharks.

But for those with a more adventurous culinary inclination, the prospect of eating shark can seem quite intriguing and, therefore, one would rightly wonder what is so wrong about having shark on the menu.

Sharks in general are one of the most, if not the most, unsustainable fish for human consumption. Global populations are struggling to cope with overfishing, loss of prey and loss of habitat. And nowhere is this felt more than in the Mediterranean, which is notoriously overfished.

The International Union for Conservation of Nature (IUCN), an international scientific body that is the respected global authority on the status of species, found that in 2016, after a full decade since its first assessment in 2007, Shark populations in the Mediterranean were yet to show signs of improvement despite continued calls for increased conservation measures and action by regional authorities. 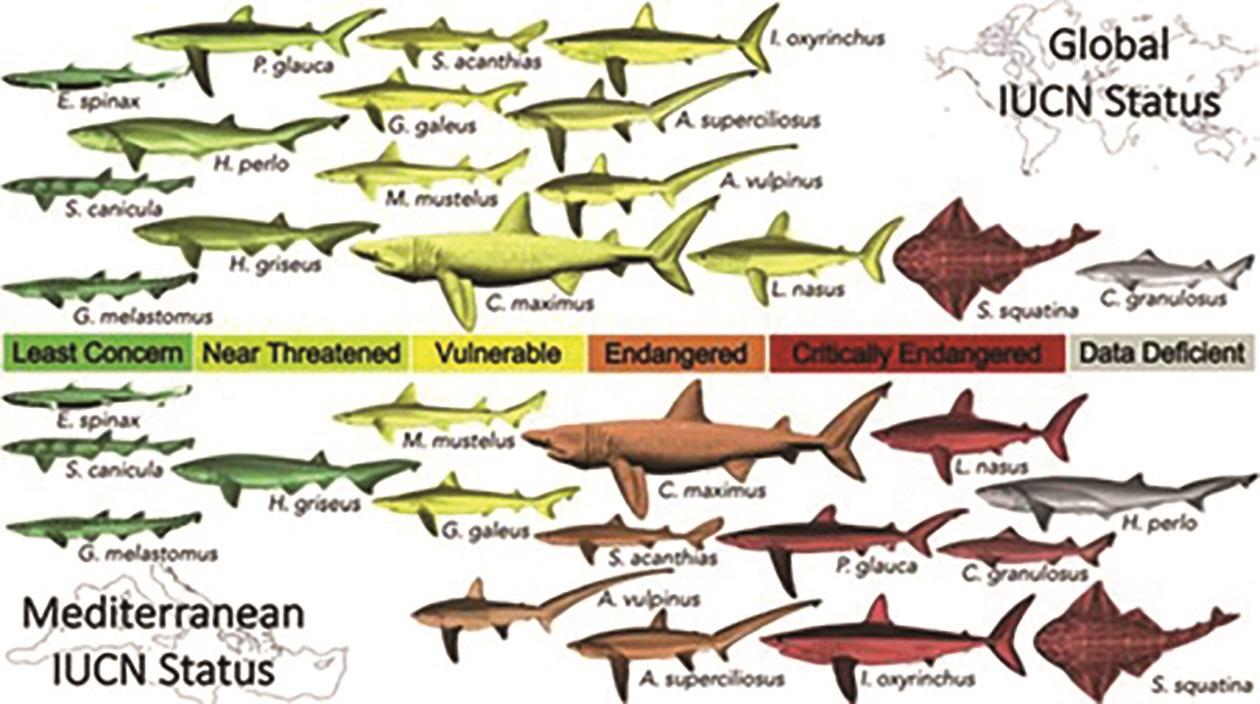 According to the same IUCN report, out of 40 shark species native to the Mediterranean, 58% are at high risk of extinction, 17% have healthy or borderline healthy population levels and 25% lack data. (i.e. not enough is known to make an assessment).

Of the 58% at high risk of extinction, 30% are assessed as critically endangered, meaning nearly a third of all shark species in the Mediterranean are at the worst possible level and on the about to disappear at the regional level. 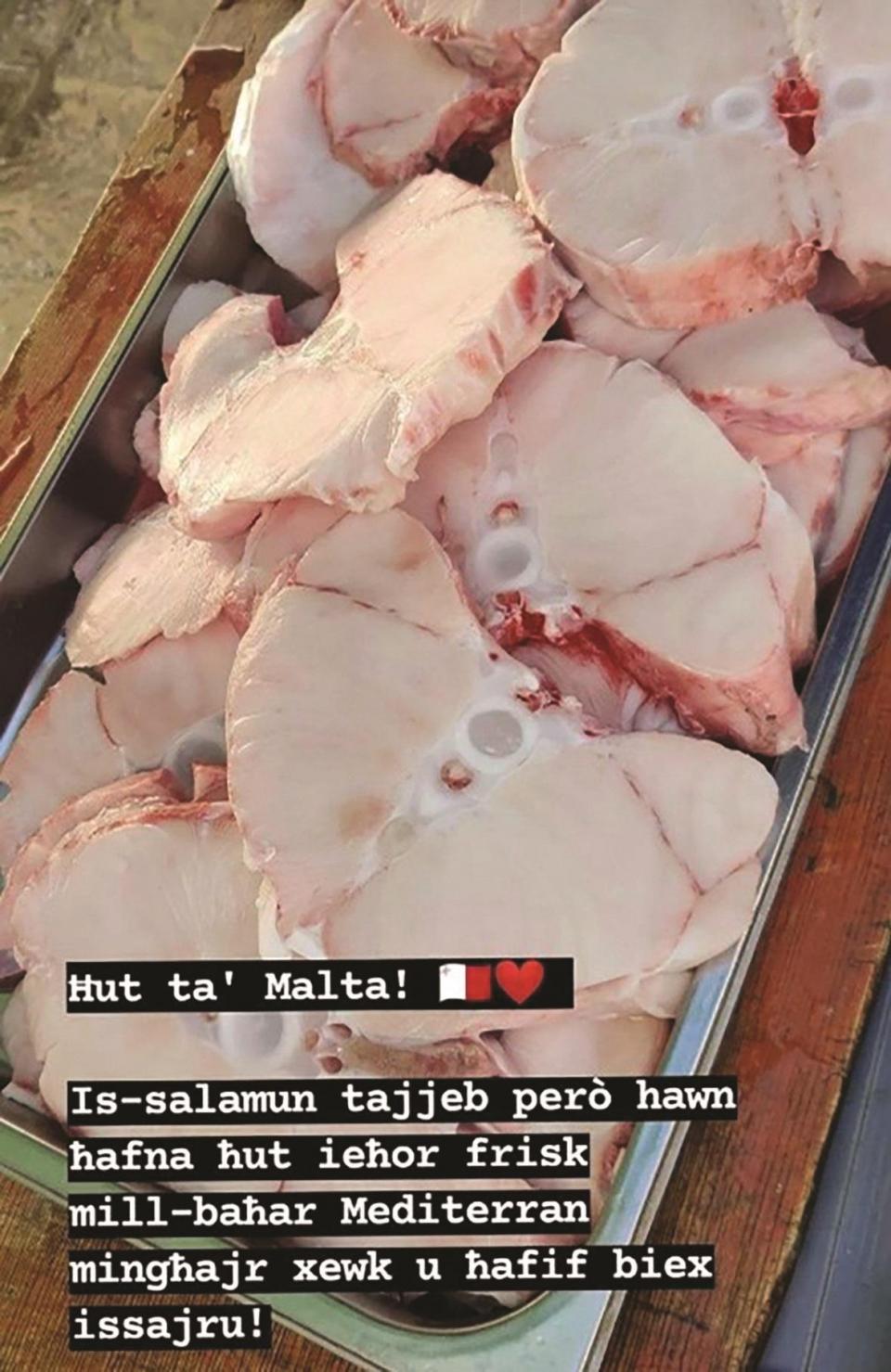 Many scientists consider sharks to be keystone species in several marine ecosystems because, as apex predators of marine food webs, they control multiple prey populations and maintain balance. Therefore, the loss of shark species would not only reduce marine biodiversity, but would also hamper the functioning of marine ecosystems, with possible ramifications on other commercially important fish stocks.

In light of this, it’s frankly mind-boggling how, in Malta today, you can just walk to the nearest fish market or supermarket and find and buy a blue shark steak quite easily (ħuta kaħla), which in the Mediterranean is a critically endangered species with a declining population. And this despite the fact that, in accordance with Maltese legislation, this species may be subject to management measures (quotas, limitation of the fishing season, size limit, etc.) at the request of the competent authority if the latter considers that the exploitation of the species is incompatible with the maintenance of a favorable conservation status.

You don’t have to have a degree in biology to know that critically endangered is not a favorable conservation status. And this is not an isolated case with sharks targeted in Malta.

The popular mazzola, which, unbeknownst to most Maltese, is the name of several small species of sharks in the spiny dogfish and smooth dog families, is also listed alongside the blue shark in the same Maltese legislation.

And, like the blue shark, despite its unfavorable conservation status (the majority of mazzola species are listed as vulnerable with declining populations in the Mediterranean by the IUCN), measures to maintain healthy fish stocks seem non-existent. In fact, overall it is quite unclear what fishing regulations and conservation measures exist for fish other than tuna, swordfish, lampuki or listed as explicitly protected under Maltese law.

If such regulations and measures exist, they are communicated in an obscure manner and are not readily available in suitable formats for non-professional consumers and anglers.

If the unsustainable and environmentally destructive nature of the shark fishing industry weren’t already reason enough to dissuade you from buying shark for food, consuming shark on a regular basis might also not be so. good for your health.

Like other predators at the top of marine food chains, sharks are very prone to the bioaccumulation of toxic compounds such as heavy metals. Scientific studies conducted in different parts of the world – including the Mediterranean Sea – have consistently found high levels of mercury in shark meat, with estimates showing that a single serving of shark meat (113g for adults) could most likely expose you to three times the recommended dose. mercury consumption limit.

For reference, one study found that the average mercury concentration in shark flesh is 1,670 ng/g, which is considerably higher compared to other large commercial fish targets such as bigeye tuna. (690 ng/g) and swordfish (1000 ng/g).

Additionally, the 1670 ng/g value is the average of a wide range of different shark species and, in general, larger sharks, such as the blue shark, have much higher mercury levels, often greater than 4000 ng/g. on average. This does not mean that small sharks are mercury free. 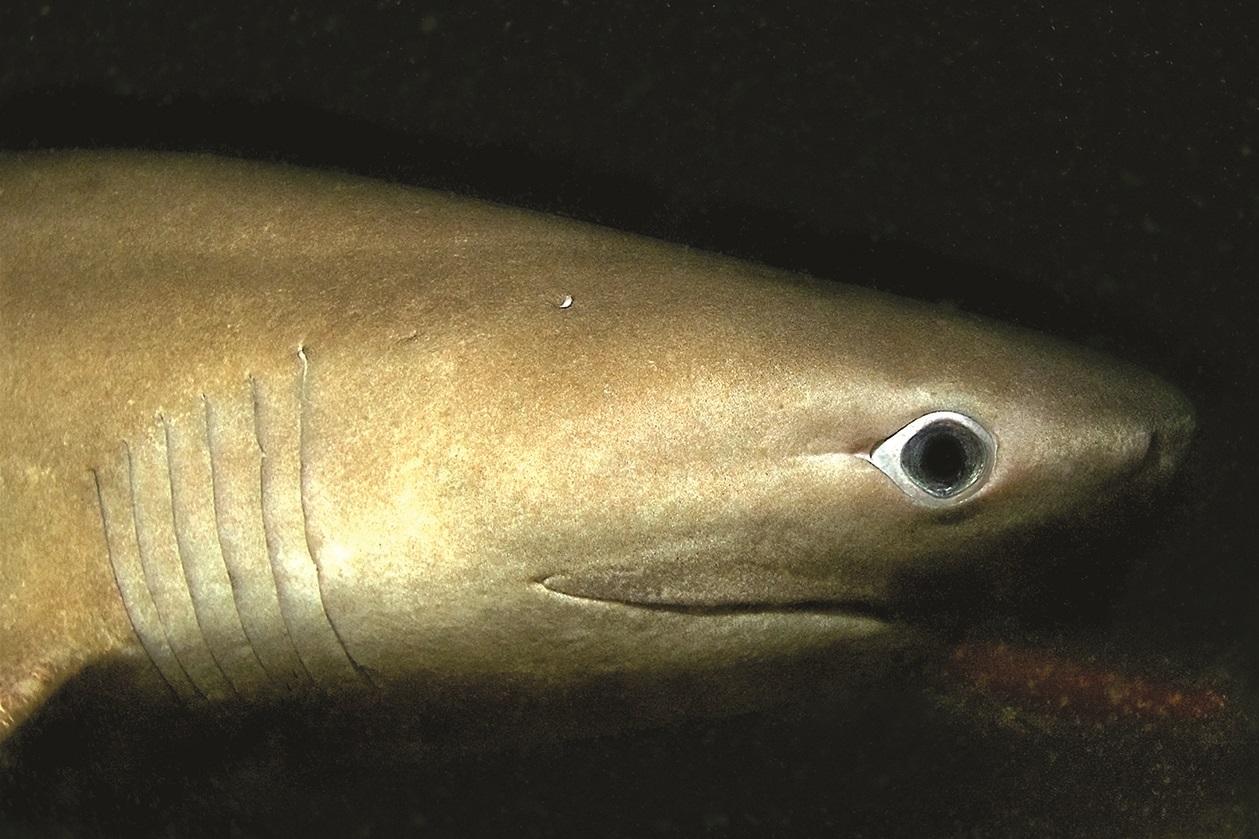 The Hexanchus griseus or blunt-nosed six-gilled shark, known in Maltese as the murruna. Photo: Shutterstock.com

A study in Italy revealed that the common hound (which is one of the species frequently captured locally and then tagged as mazzola) also had mercury levels above the maximum allowable dietary intake levels established by the World Health Organization.

Another study in Portugal found alarming levels of mercury and arsenic in another small species of shark, the small-spotted fruit bat, which is also regularly caught and sold in Malta and goes by the Maltese name. gattarell.

Exposure to high levels of mercury has been linked to cancer, liver and kidney damage, reproductive harm, and negative effects on the immune and hormonal systems. The continued exploitation of sharks in Malta is senseless and counterproductive, to say the least.

There is no market demand for shark meat, with the low demand that exists being only the result of most consumers being unaware that they are buying shark. Low demand means that the market value of shark meat is low, which translates into small profits for fishermen and fishmongers, unless they “accidentally” mistakenly call it swordfish. The shark fishing industry therefore has little economic weight.

With the majority of shark species in the Mediterranean being threatened with extinction, sharks are an unsustainable fish stock and benefit us most when they fulfill their role in marine ecosystems.

And, to top it off, consuming shark regularly will most likely guarantee you an early exit from this world. 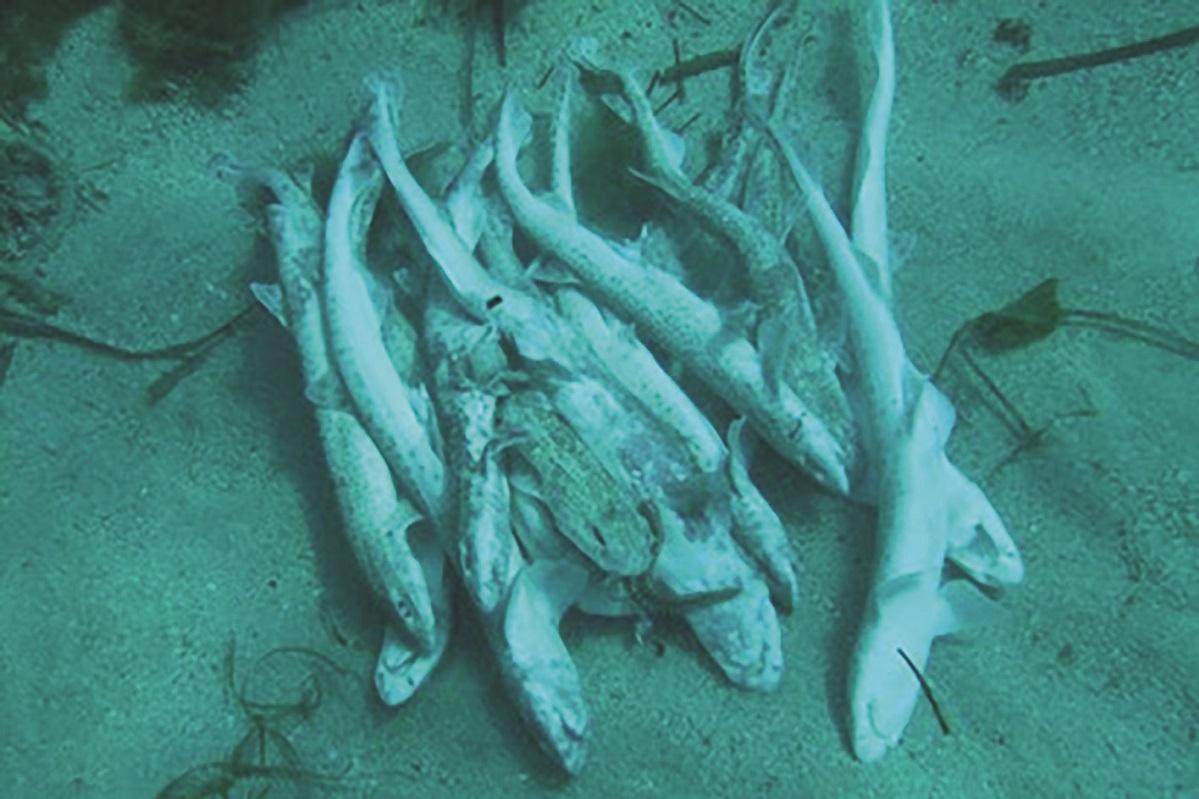 With the low market value of some sharks, some fishermen don’t even bother to officially land them and just throw them overboard. These small-spotted (gattarell) catsharks were found abandoned near Xlendi in 2016. Photo: Tim Rose

Independent journalism costs money. Support Times of Malta for the price of a coffee.