Hundreds of people have been evacuated from their homes in Spain’s Costa Brava region as a forest fire rages on.

The fire has devastated more than 1,000 hectares on the edge of the Cap de Creus natural park since Friday.

It is believed to have been triggered because someone threw a smoking cigarette out of their car.

Firefighters used planes carrying water today as they struggled to control the wildfire.

Sergi Palacios, from the Catalan regional government fire department, said: “We are currently trying to contain the blaze using six planes, which dump water on the flames and 90 fire teams on the ground. “.

They can be seen climbing up rock faces to get a better angle as plumes of smoke rise across the sky. 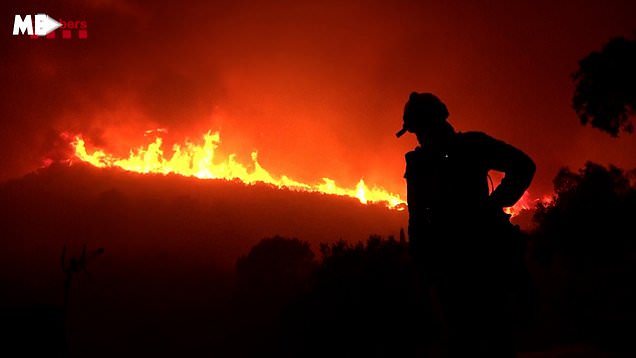 To view this video, please enable JavaScript and consider switching to a web browser that
supports HTML5 video

Vast expanses of forest and scrubland have already been leveled.

No less than 350 people have been evicted from their homes.

More than 231 of them had to seek refuge in temporary accommodation offered by the town hall of the district of El Port de la Selva.

Police said anyone found responsible for the blaze by throwing a lit cigarette could face criminal charges.

MORE: You can stay in Gaudi Casa Vicens’ first house in Barcelona for just one night

Contact our press team by emailing us at [email protected]

For more stories like this, see our news page.

Get your latest news, wellness stories, insights and more

Material loan growth may not be here ...